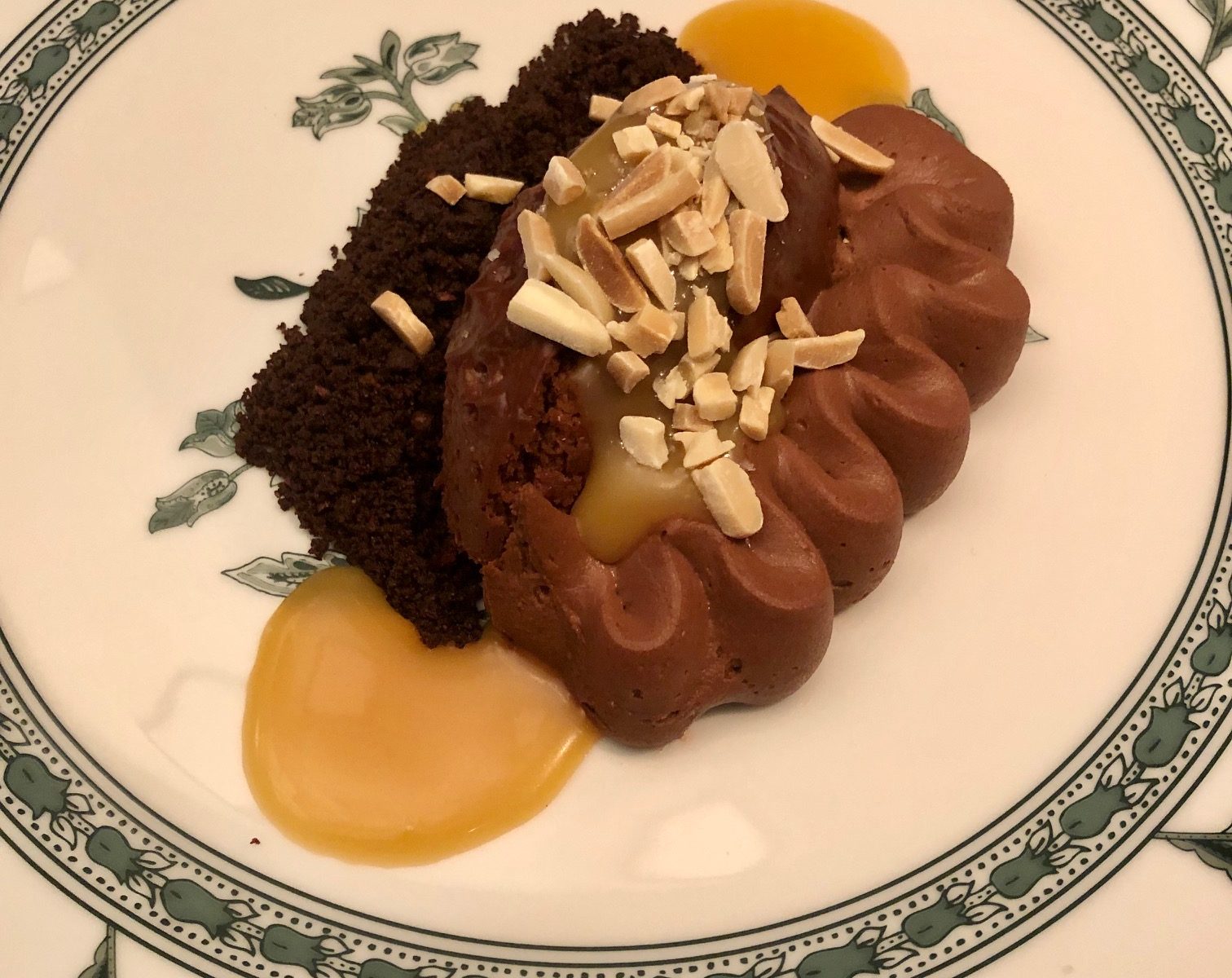 As one of Toronto’s landmark hotels, the Fairmont Royal York deserves a restaurant to match its high-class status. In 2019, the hotel’s tired and dated main restaurant, Epic, underwent a major facelift. Its heir was Reign. Aptly named for its regal décor and menu, the freshly-launched concept features a bakery, bar and restaurant all in one.

Hotel restaurants have pros and cons. On the positive side, they’re busier — with a steady flow of guests and locals from outside the hotel walls. On the other side of the coin, hotel restaurants are often mediocre when it comes to food and service, aiming to please a diverse array of people and palates. They’re usually overpriced, and devoid of uniqueness. I was curious to find out if Reign would be the exception.

I ventured to Reign for lunch to discover whether mon dejeuner was fit for a queen. The ambiance was a drastic improvement from its predecessor, Epic, and I immediately felt its regality as I entered. Its concept, a Canadian brasserie with a nod to la cuisine française, was evident with its décor — walnut wood, a fabulous art deco archway, olive green chairs and sapphire-blue velvet banquettes, and a nod to history with black and white photos plastered on the wall panels. What I didn’t love about this space was the compartmentalized layout. I felt like a mouse searching for a piece of fromageat the end of a maze when I went to use the ladies room. There was also a lack of natural daylight which was overcompensated by violent lighting. The dark, sultry vibe was a match made in heaven for the bar, however. A crackling fireplace and grand piano made it a cozy place to pull up a seat and sip on a glass of wine or perhaps one of the signature cocktails, such as the Motley Joker ($35) with blue Curaçao, tequila and mezcal.

Several local wines from Niagara and Prince Edward County were offered by the glass, with bottles displaying a balanced mix of local, Old and New World. My guests and I shared a bottle of Cloudy Bay Sauvignon Blanc ($105), heavily marked up, similar to the other wines on offer. Our server, who was professional but not adept when it came to le vin, was clueless about the restaurant’s wine list.

Executive Chef JW Foster’s menu reflected the concept of a classic brasserie, with many of the ingredients sourced locally. If based on price alone, this menu with tempting classics was indeed fit for royalty — from the Beef Tartare ($20) and Onion Soup ($16) for starters, to Niçoise Salad ($25) and Flat Iron Steak ($44).

We started with some greens — Butter Lettuce ($16) and Caesar ($17). Before ordering, our server was attentive regarding our party’s dietary restrictions and noted that, due to a recent recall with romaine lettuce, kale would be swapped in the Caesar. The classic salad was served with baguette and a garlicky aioli which marinated the fibrous raw kale without over-coating it. It definitely wasn’t worth the $17 price tag, and, sadly, the Butter Lettuce wasn’t either. This salad was the definition of plain with a simple crème fraîche dressing and a light sprinkle of blue cheese.

Peut-être que les main dishes would impress. Because our server had raved about the Aged Angus Burger ($25), I was expecting a regal version of this comfort food, but the only royal part about this well-done slab of aged Angus was the branded Reign logo on the brioche bun. The undercooked, limp strips of bacon and the rubbery cheese were evidence that it had been sitting under the heat lamp for too long. And the fries…mon Dieu! They were underdone and soggy and took the enjoyment out of consuming one of my guilty pleasures.

The Butter Roasted Steelhead ($36) and Lemon Thyme Gnocchi ($25) were slight improvements from the burger. Both portion sizes were nearly overflowing from the plates they sat on – less would have been more – especially because after a few bites of gnocchi, I was already disinterested with the flat flavour profile. The smoked ricotta on top was, however, a welcome addition.

The first bite of butter roasted trout revealed that it had been cooked to death. On a positive note, the plating was more elegant than on previous dishes and all components were seasoned impeccably. Overall, it was a refined and hearty dish for a cold winter’s day, but the crowd-pleasing flavour profile was un peu predictable for my liking as was the parsley garnish.

Banality continued with dessert, which we couldn’t deny. On a partagé deux classiques: the Strawberry Rhubarb Shortcake ($15) and Chocolate Mousse ($15). Using strawberries for a dessert in the depths of Canadian winter made me want to dethrone the chef de cuisine. A dense and dry biscuit sandwiched crème fraîche spiked with Grand Marnier, and rhubarb and strawberries imported from who knows where — they definitely weren’t local.

The mousse was delightful and executed perfectly when it came to the texture. For its taste, it was un peu sucrée, especially because the accompanying pool of salted caramel was overwhelmingly sweet. The amateur presentation – displaying a piped squiggle of chocolate, cocoa crumbs and a thoughtless pile of slivered almonds – didn’t look appetizing and lacked the finesse of a Fairmont Hotel restaurant.

For a hotel of this standard, I wanted so much more from the food and service. If you plan to go to Reign, meet someone with an expense account to pay for this overpriced and underrated meal — it’s simply not worth your hard-earned coin.