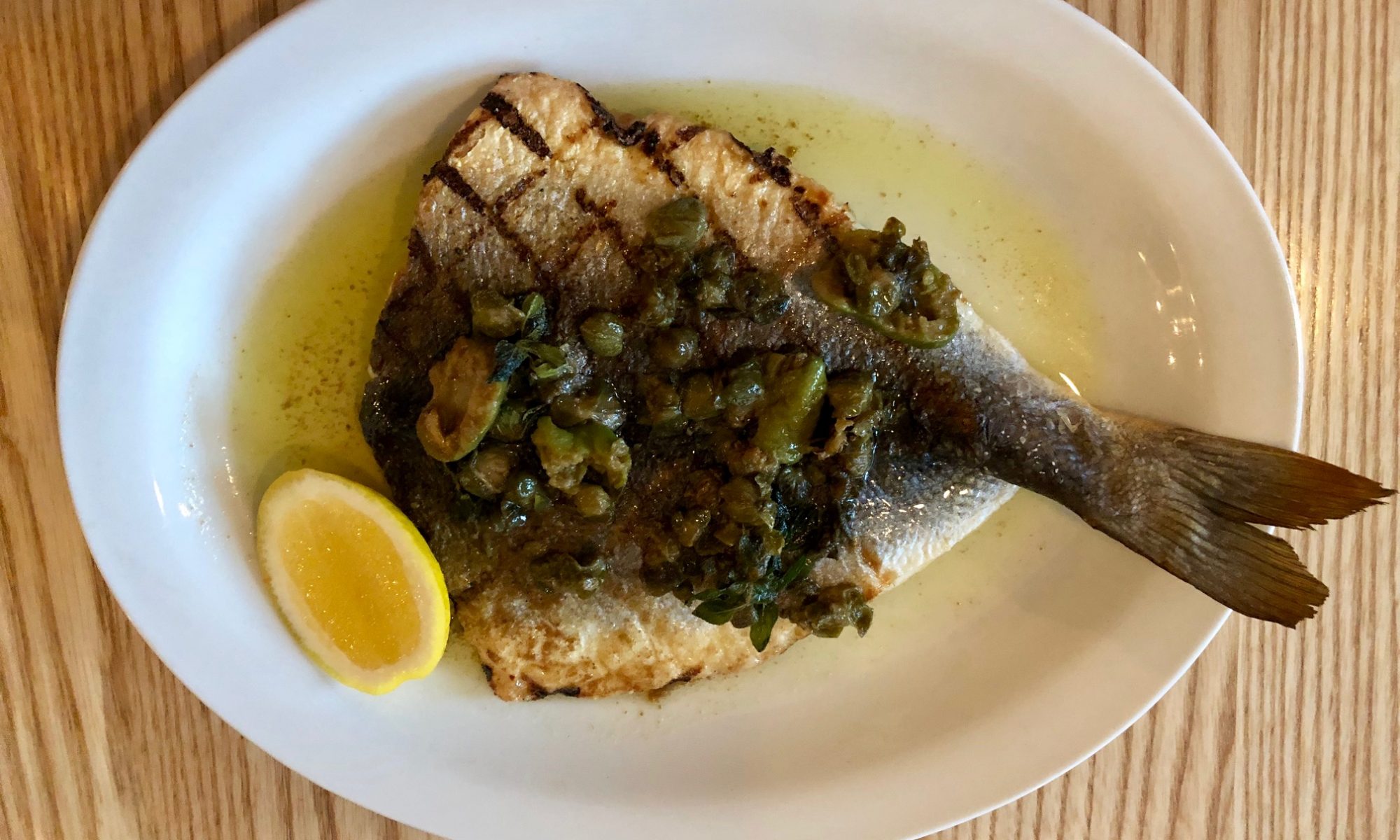 Since the opening of Wynona in 2018, there’s more than one reason to venture east of the DVP. Or, if you’re stuck bumper-to-bumper, there’s a worthy reason to divert your route and make a pit stop. Wynona is a beautiful space that took over the former Saturday Dinette in Leslieville — which is flourishing with restaurants that have received accolades, such as Maple Leaf Tavern.

The space itself is clean and contemporary, with its high ceilings, concrete, and blonde wood lending a Scandinavian feel. It seats about 30 inside, and also has a large front patio to make the most of Toronto’s warmer months. It’s un peu sterile, yet still feels comfortable and romantic. Warm lighting and vases of fresh fleurs were strategically placed to make the sparse interior feel cozier. The open kitchen occupied the back half of the restaurant, and you can feel the warmth emanating from it. A large island and wine fridge displayed an impressive selection of wines with a focus on biodynamic and “contact” varieties, a.k.a. a hybrid of red and white.

On a recent holiday, I was fortunate enough to score a last-minute dinner reservation — and I’m glad I did. Much like the initial feel I got from the restaurant, my guest and I were greeted warmly by the hostess and led to our table – of which all the seats have a view of the kitchen. For a holiday and the early dining hour, I was surprised to see an already-full house. We eyed Instagram-worthy dishes on surrounding tables as we settled into our seats. Our server was the definition of charmante. She was engaging yet understood that my guest and I wanted to have an intimate evening out. Conversation between us flowed naturally from the beginning, and hospitality genuinely seemed to be her forte.

Wynona had an impressive wine menu, with several selections by the glass, as well as some of the most interesting varieties I’ve seen of late. We decided on what we were eating first, then narrowed our choice of vindown to two options.

Instead of up-selling us on the more expensive bottle of wine, the server nonchalantly suggested we try the Supernatural Sauvignon Blanc. We were both amused by the whimsical bottle design — and its beer cap instead of a traditional cork or twist-off. One sip was evidence that we had no regrets, and we asked where we could purchase it ourselves.

Much like the carefully crafted wine list, Chef Jeff Bovis has created a seasonally inspired menu – with only 16 dishes – that is worth salivating over. Bovis gained experience at fish-focused restaurant Ufficio, and some similarities translate to Wynona’s menu. From albacore tuna crudo ($16) to Ontario heritage pork chop with Puy lentils and apple fennel salad ($27), every item is an accurate reflection of the space — striking the perfect balance between rustique et sophistiqué.

Par exemple, the burrata ($17) that we started with was luscious and creamy. It was paired with plump figs, ham, honey, almond, and fennel pollen. Like an elevated charcuterie board, it played with a range of tastes and textures — from briny to salty, and finishing with a sweet note. The cold-cut style ham practically melted dans ma bouche, but I would have liked to see less of it on the plate or perhaps removed it altogether, as its saltiness overpowered the cheesy star of the dish.

We also shared the charred cauliflower ($14) after ogling at it from the neighboring table. Accents of harissa mingled with the crisp exterior of the charred vegetable, making it very addictive. Because j’adore a saucy component to my dishes, the delicate smear of Monforte goat yogurt simply wasn’t enough for the heap of cauliflower. That minor detail aside, it was delicious.

Much like Ufficio, Wynona is a destination for pasta lovers and pescatarians alike. Only three homemade pasta varieties were on the menu — but all were seasonally-driven. I’d heard about the divine carrot agnolotti with maple butter and smoked chestnut ($22) but we opted to share the lamb pappardelle ($24) instead. Our server had informed us that everything is meant to be shared, but I was puzzled when the positively petite portion of pappardelle arrived. A shallow bowl tossed with a tomato-based sauce, parmesan and mint was satisfying, but wasn’t as magnifique as I’d imagined it to be. Luckily, the whole branzino ($26) left an indelible impression.

Doused with a rich brown butter sauce and served skin-side up, I could taste the char from the open flame it had contacted during preparation. A light topping of smashed olives and capers added a rustic, Mediterranean flair to the plate. When they mingled with the rich, buttery pool, their natural brininess was downplayed. A bite of all the elements on the plate made me close my eyes and savour this œuvre d’art.

Wynona clearly values beauty — both in its space and in the food it produces. While most restaurants have no problem nailing these two elements, service often takes a hit. That was not the case with Wynona, and our server went above and beyond. Because she knew we liked our wine so much, she jotted down some other suggestions for us.

From the food, to the wine, to the hospitality, Wynona was a perfect trifecta. It’s the type of place where you’ll leave smiling, and won’t stop until you have the next reservation in your calendar.